Get a Nifty Card Sleeve with any order over Rs.500 with our compliments.

Free Shipping!! across India on orders above Rs.500

We, at The Leather Boutique, find new ways to celebrate the beauty of leather every day. It is reflected in everything from our hand-crafted accessories in every size and shape and our arduously designed jackets in a myriad of colours, to our recently introduced line of furniture dedicated entirely to leather. At the core of our enterprise, however, is the immense pride we take in every piece of hide that passes through our hands. And proud we should be because man’s fascination with leather is only surpassed by the immeasurable utility it has provided us since the days of the Pre-Historic cavemen.

Depictions like those found on the Bradshaw Rock paintings show leather as a means of clothing.

The first signs of its use appear at the very beginning of human civilization as proven through the etchings found in ancient caves. Our ancestors, it seems, were quick to realise that the animals they hunted could provide them with a lot more than protein. They began to use the hides of their hunt as an effective means of cover and protection. (Yes, The Flintstones got that bit right!)

Pharaohs of ancient Egypt depicted in the lap of luxury and dressed in leopard hide.

What marked a turning point in early civilizations and changed their very way of life and war, was the discovery of tanning. Archaeologists and historians believe this first happened around the 12th Century BC in Egypt when the Mesopotamians discovered that a combination of treating hides with grease and smoke prevented them from becoming too stiff to use in the winters or rotting in the heat of summer. This was the birth of leather as we know it today. The news of this discovery travelled across the known world and soon Roman soldiers were wearing protective leather sheaths under their armours while Egyptian queens and Pharaohs wrapped their most precious gems in its folds or wore them as a sign of luxury. Even the epics of Homer are filled with its references with Ajax’s shield described as one “mighty like a tower made of bronze and seven layers of leather”.

Ajax carrying his “glittering shield” in a fight against Hector.

Roman soldiers in their leather-lined armour as etched on the Trajan’s column in Rome.

It is in the very same Homeric works that Tychios is first mentioned – “Tychius, the master-curer, who lived at Hyle, made this glittering shield for him (Ajax) with the hides of seven big bulls which he overlayed with the eighth layer of bronze”. This Tychios is the one credited with marking the next great milestone in leather – tanning with vegetable oils. A method of tanning followed stringently right till the 19th century when chromium was introduced. Tanneries have grown exponentially over the past 30 centuries and our love of leather has grown with it. But TLB ensures the leather used in all of its products are not just bio-degradable, but also sourced from factories certified ‘Green’ by their adherence to global standards. Our love of leather is cultivated with a conscience.

The sandals of early civilizations reinvented for the woman of today can be found on the shelves of TLB.

As history has clearly shown us, the invention of leather is a true testament to the ingenuity of man (and woman, of course!). This is why you should be as proud of your leather as we are of ours. 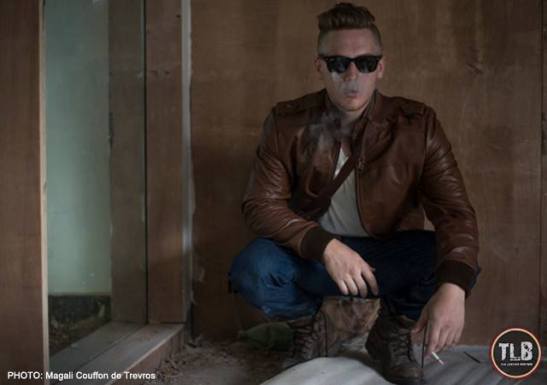 Just as they protected soldiers and kings of yore, leather jackets continue to shield the adventurous of spirit.

Gifting the Luxury of Leather

The Luxurious Story of Leather